Do Awards Make the Artist? 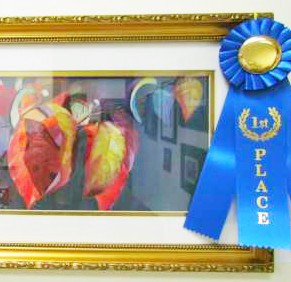 It was recently pointed out to me that a critical piece is missing from my photography resume — contest wins. The only response I could muster was the excuse that, “You can’t win if you don’t enter. And I never enter.” I laughed when I heard myself, because the statement is literally true, but it also revealed some barely hidden feelings I have regarding photo contests. I love my photography. Other people love my photography. But not everyone loves my photography. When I look at the pictures that win contests, the winning photos are usually amazing, and very different than my work.

I’ve never felt that I make the kind of pictures that please judges. Now I will tread lightly here, because I definitely don’t want to disparage anyone’s work, and I don’t want to be unrealistically high-and-mighty about my own. But here goes: there are some freaking amazing photographers out there — those who consistently see, create, and capture scenes that stand head and shoulders above the rest. Some of them are pros. But there are a whole lot more who remain staunchly and proudly amateur despite doing very, very good work.

If we face facts, the “pretty good” amateurs greatly outnumber the relatively few professionals. Many amateurs have the means to travel to exotic places (because many day jobs are better compensated than the job of pro photographer), they can afford to attend high-priced photography workshops, and/or they shoot millions and millions of pictures per year — it’s their obsession. (I know plenty of people who fall into several of these categories).

Out of those billions of pictures taken by the hundreds of thousands of “good” enthusiasts, it’s mathematically likely that you’re going to end up with quite a lot of truly “amazing” photographs. (I’m not a mathematician, but I’m sure somebody can back me up on this.) A lot of amateur photos that win contests seem to be the result of being in the right place at the right time, and having enough skill and presence of mind to point and shoot at what’s happening in front of them. And with the shear number of photographers walking around with cameras, those amateurs are often the ones who are most likely to be present and ready to capture the amazing moment when it happens.

One highly respected pro I spoke with had this to say: “if you put the vast majority of pro work up against the best of the best amateurs, the amateurs win every time.” He went on to say, “the pros are usually pros because they can produce ‘good’ work consistently. But there’s a lot more to being a pro, like understanding the needs of your client, managing your photoshoot team, budgeting (both time and expenses), processing and archiving images, bookkeeping, and everything it takes to run a small business. The amateur shoots exactly what he or she wants to shoot, and can spend as long as they want (and as much money as they want) to get that one shot that ends up winning a contest or going viral.”

So what about my work? I exist somewhere on the periphery of the pro world. I have a full time job that has nothing to do with photography so I can feed and house my family while spending some of my free time making, framing, and selling my work as art. I make rather quiet pictures that a lot of people find pleasing — but I do it mainly because it pleases me! So when I do consider entering a contest I look at my pictures differently, and instead of printing what I want to print, I print what I think will impress the judges. And editing my work in hopes of pleasing a judge is not something I enjoy. I get that it’s important for a resume to show that others have thought highly enough of my work to give it awards. This seems to be the only way that some have of evaluating the work of others. So I will be entering contests and juried shows throughout this year, and I will be carrying my camera everywhere and hoping to grab that one killer shot that could win a contest, but I am not altering my style just for the sake of getting an award.